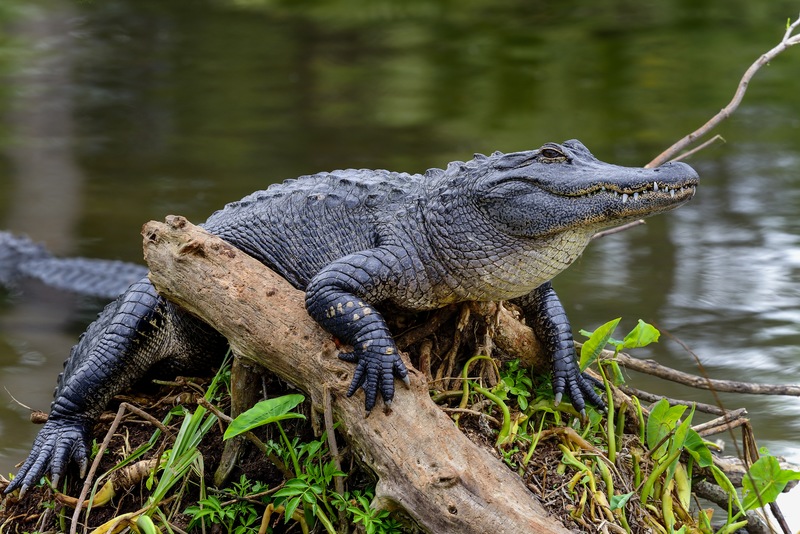 For centuries, people in Florida have lived in harmony with nature. Even today, environmental laws require building developers to set aside some land as wildlife conservation areas. This commitment to the natural beauty and wonder of the Sunshine State makes it possible to witness native creatures and vegetation.

As with any animal encounter, safety and security are top priorities. Biologists advise caution when dealing with any wildlife, since no one can be fully certain of what might happen. That’s why it makes sense to appreciate Central Florida’s majestic animals from a distance. Doing so is easy and enjoyable aboard a comfortable water cruise such as The Manatee. Read on to discover just a few of the many interesting creatures you might see.

If you’ve spent any time walking around Central Florida, you’ve probably noticed a flurry of activity from some of the smaller creatures. That includes lizards, frogs, snakes, and more. Though small in size, they’re hardy and industrious. In addition, these animals are integral to maintaining a balanced eco-system.

From the comfort of your seat aboard The Manatee, it’s not uncommon to view any of these creatures, plus turtles, migratory birds, and other fascinating wildlife. In fact, health experts say communing with nature in this manner has the power to boost mental, emotional, and physical well-being.

Of course, turtles aren’t just found on land. Sea turtles are protected in Florida. In fact, the New Smyrna Beach area has one of the premier sea turtle rehabilitation facilities in the country. When you book a relaxing two-hour cruise on board The Manatee, you might catch a glimpse of one gracefully gliding through the water.

By contrast, alligators tend to get a bad rap. Often referred to as simply “gators,” these predatory animals are typically no threat to humans. As with any creature, however, they will become defensive when threatened. That’s why it’s best to keep a safe distance and admire alligators from afar.

Sometimes called the “clowns of the ocean,” dolphins seem to be right at home around humans. Many times, they’ll even perform tricks. These playful creatures appear to love the attention they get. Make sure to have your camera handy, though. It’s easy to miss a fin protruding through the water. Sometimes, you’ll even witness a dolphin jumping out for a close-up.

Meanwhile, manatees are a perennial favorite. Recently removed from the endangered species list, these creatures still need our protection. That’s because they move so slowly, they’re often injured by passing motorboats. In the cooler months, it’s easy to spot these easy-going animals just gently floating in the water.

A World of Wonder

Along with the mentioned wildlife, Central Florida is flush with many varieties of migratory birds. That includes sandhill cranes, gulls, heron, osprey, and even larger birds such as hawks, pelicans, and flamingoes.

Land-loving native creatures include deer, armadillo, squirrels, opossum, rabbits, black bears, and more. From the comfort of your seat on board The Manatee, you’ll also gaze in admiration and wonder at the fascinating native vegetation. Many people have compared Central Florida’s unique plants and flowers to living artwork.

These are just a few of the sights awaiting you. With two affordable, family-friendly packages to choose from, it’s easy to create memories you’ll treasure forever. Plus, our craft features clean and accessible restrooms, a spacious sundeck, and snacks and beverages available on board. Contact us today to book an intracoastal experience you’ll never forget.