Get to Know Our Daytona River Cruise Namesake – The Manatee! 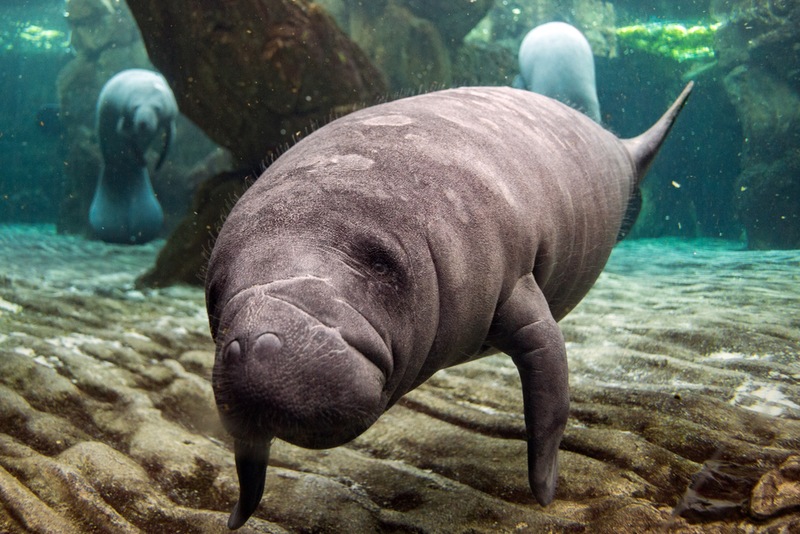 Nobody is more familiar with the gentle sea cow than us Floridians. These beautiful, docile creatures can be found in shallow water all throughout Volusia County. Plus, as boating restrictions have improved throughout the state, we have been fortunate to witness an increase in the manatee population.

But, what exactly is the story behind these friendly sea creatures? Learning more about our manatee population is integral to preserving their welfare and sharing the waters with them. Read on as we dive into the history and background behind The Manatee’s own namesake!

How Long Have Manatees Been Around?

The modern manatee as we know it has been dwelling in waters around Florida for over one million years. Thousands of years ago, after the last Ice Age, the populations of manatees from the Greater Antilles likely migrated to Florida, where they have lived ever since. This makes them distinct from manatee populations found in Mexico and Central America. The real kicker, though? Manatee fossil remains in Florida date back about 45 million years – wow!

Did you know that, unlike humans, manatees don’t grow replacement teeth when their original teeth fall out? In fact, they have evolved in a very unique way in order to masticate abrasive water plants. Manatees have what is known as rolling dentition, which is when new teeth are formed in the back of the jaw and slowly push their way to the front, which then replace older molars as they break down and fall out. This is especially helpful because manatees can often incidentally eat sand, which will accelerate wear and tear on their teeth as they eat.

Since manatee numbers have been improving, there are many groups who would like to see manatees removed from the endangered species list. However, it’s important to keep in mind that things are not always coming up roses for our maritime friends. Manatee population numbers can take a dive during cold snaps and algal blooms. Furthermore, if manatees lose the protections that come with their endangered status, then it is impossible to say what would happen to their numbers.

There are plenty of reasons to love our precious manatees. After all, we wouldn’t have named our boat tour in Daytona Beach after them for no reason! These peaceful creatures are around for the long haul, and understanding more about them will allow us to take the best possible care of them. To learn more about manatees, or to just schedule your own boat tour Daytona Beach with us, call The Manatee today!